We are Devon Dice, two guys, one mission to talk about board games, on this adventure we will be doing reviews, podcasts and videos all about Board Games and the industry around them.

Joel Wright; Editor and creator of Devon Dice, he is the host, editor, and publisher of the podcasts, making video reviews and written reviews, also making sure everything runs smoothly. 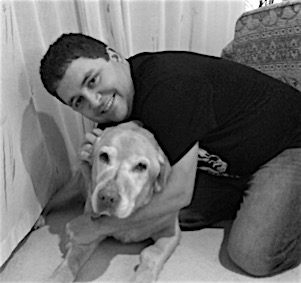 Born in High Wycombe, Buckinghamshire, he meet Claire there and moved to Plymouth in 2001 to start a new life with her. He became a Gas Engineer, married Claire had two children, Caitlin and Isaac and at the moment is now a stay home dad to them. Joel has always liked board games but it was always the stuff you would find in the common shops but he also was a keen video game player and would spend many late nights playing all sorts of best of the moment video games. After he got his first iPhone Joel discovered Podcasts and was listening to all the best and worst in video games podcasts. In which one podcaster started talking about playing these board game that he had never heard of before and this got Joel curious and he too decided to look into these hobby games and now become be a very avid gamer, many years later.

In 2012 Joel juggled the idea to open a shop or coffee house with board games but decided to try an online store and ran for 2 years before closing it but in that time he started a podcast to talk about his gaming experiences and continued to do it after the shop closed. Until Tom pop round one day with an idea and Joel decided to change everything to fit it, which became Devon Dice.

Sam Freeman: co-host to the podcast, contributor to the Devon Dice blog and he repairs the site when Joel Breaks it. 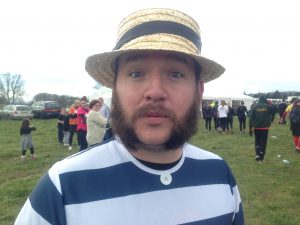 What’s my story? Well, I’m a Devon (farm) boy, born and bred, with one blip when I lived in Oxford for a few years when growing up. I eventually moved back to Devon, completed my college course in IT and got my first job as an Apple Mac technician. That lasted no time, as the company went bust within a year of me joining, so I ended up becoming a web developer for Devon County Council, a role which would last 15 years.

Game-wise, I’ve always been keen on board games, having grown up on the traditional childhood staples, my favorite being Lost Valley of the Dinosaurs. The one problem I had was that I was pretty much the only one in my family who wanted to play anything. However, a few years ago I discovered hobby games in the form of Carcassonne – first on the Xbox and then on iOS before finally picking up a copy of the physical game.

I would regularly meet up with friends to play the small collection of games before stumbling across Meeples’ Corner and reigniting the regular Tuesday night games club in Exeter. That was three years ago and my love of this hobby has never been stronger!

Although he has always been an avid game fan, whose youth was peppered with Risk, Monopoly and Warhammer 40,000, Lewis’s 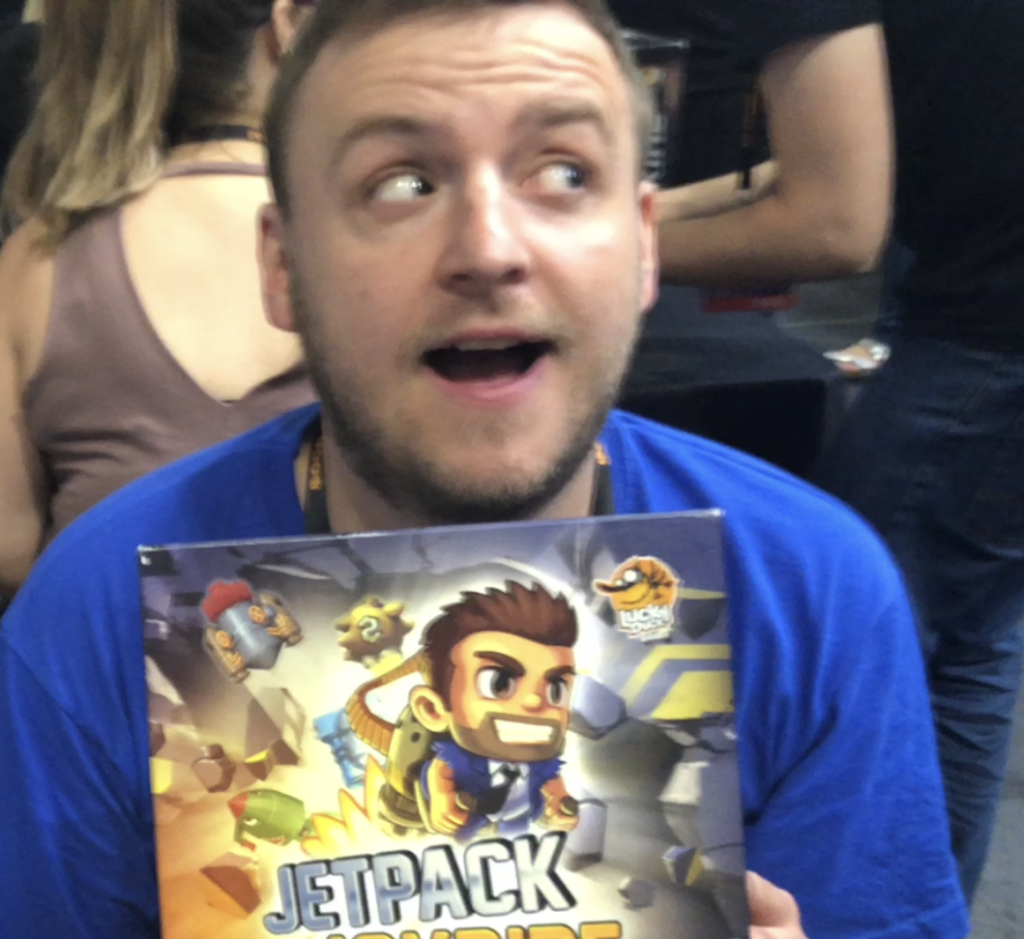 first taste of the board game renaissance was in the form of “The Settlers of Catan” in 2006. The next 4 years were spent cajoling anyone from family and friends to play Catan, Carcassonne or Puerto Rico with him. He then got into the board gaming scene proper in 2010, and his tastes and collection have expanded since then. He met Joel in 2014 through “Thursday night gaming” in Ivybridge, Devon. (It’s open to all so if you are ever in the area get in contact!) Joel and Lewis have been good friends ever since, traveling together around the UK, and Europe in search of great games! He is a fan of game mechanics over a theme, although a heavy Euro is his bread and butter, he admits to dexterity games being his guilty pleasure.

He lives in sunny Devon in the UK, with his wife, dog, and young family. He works as your friendly neighborhood doctor.

Lewis joined the Devon Dice team in 2017, his first podcast was “Episode 41: Happily Essen after” and his first written review was “Mechs vs Minions.”

He continues to be a regular podcast contributor, writes reviews for the blog, and create videos (of varying competence) for the youtube channel. 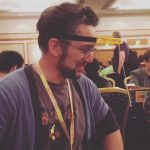 Lewis Holt; He will join us for some podcasts, and there has been talking about streaming and video recording gameplay for Youtube.

What do I know of Lewis? He is old!

Lived in London ran off with the kids to Devon until the wife caught up with him.
He says he works in Primary Schools, upload stuff to the internet, make of that as you will. Hosted a couple of podcasts of his own in the past, WeeDS and Game Burst. Now he is in retirement from podcasts but he still rides on the coattails of other podcasts.

And we love him.

Tom Westrope; was one of the first to co-host with Joel on the podcast before He disappeared off the face of the earth (really one has seen or heard from in months). 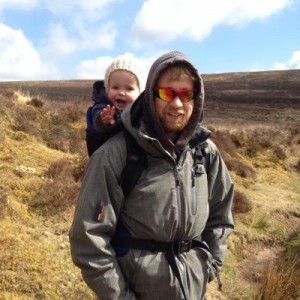