Sometimes, My wife (Claire), will ask to play a game out of the blue. There are about three games on her repeat list. Ticket to Ride is the “go-to game” for any causal gaming spouse, Chronicles of Crime is new on the list, that is until we have completed all the cases. But the third, which I have to say, has surprised me the most out of all the games we have because her it a busman’s holiday situation.

That is Dice Hospital from Alley Cat Games.

She is a nurse and when this arrived on my doorstep, she was working on the wards in the nearby city hospital at the time. When I backed it on Kickstarter, I was thinking of Claire and that she might like the theme, I just didn’t know how much.

Dice Hospital is a dice manipulation game where you are trying to treat poorly sick D6s back to health by rotating them up in pips until they are 7 or more. You use nurses to go to wards or clinics to improve the health of the dice, you can hire other medical staff and build different departments to aid you as the administrator to heal multiple dice or heal them more quickly, in the hope you can discharge a load of dice at once to score big points.

Why I believe Claire likes this so much:

I have heard Claire passing remarks, “it feels like I am working on the ward again!”

If you backed the game on Kickstarter you would get some bonus extras like a dice tower styled like a hospital and 3D plastic ambulances to place the dice in. Both are a little overkill and not necessary to play the game but look good and the model ambulances help the players to handle the dice in the first phase.

In the real world, you can’t really choose the patients that turn up in hospital, but they can be selective sometimes – which ones goes to which wards etc. This phase has very little impact on players in game play – you might be after specific colours and/or numbers of dice for instance. You might be the last to pick and you might be stuck with rubbish dice, but you can make it work out in your favour. if you pick the lowest ambulances you are player from then on. However, you will have the weakest, sickest dice to treat.

You have a choice, hire medical staff or add a department to your hospital. In this game, you are the hospital administration and these are important choices to make, choosing the right one at the right time. Staff give you extra actions in the healing phase, are small bonuses, but with the right they can improve the dice health massively. You have to balance this too, if you go heavy on recruitment you will run out of room for them to work in, and likewise, if you build like your life depends on it, you will have a nice big hospital run by a skeleton staff and your productivity will be low.

This is where everyone plays all at once and you are now in the shoes of an NHS ward nurse. At the beginning of the you might only be nurses on shift and they are doing their best to heal and make the dice feel comfortable, but it might not be enough and that is where other staff can help. You’ll be able to heal multiple dice at a time or improve a die faster. Sometimes medical staff using a room will combo nicely having radical healing powers, than just used on their own. When dice are on a 6 and you heal them again they are successfully healed and can be placed in the Discharge Lounge (which sounds like a colonic irrigation coffee shop or a name for a tribute band). It’s like a holding room for the healed, it is where the patients are sent to collect their medicine from the pharmacy, drink frappés and listen to some music. Some people I have heard from have an issue with this part, because you are trying to discharge as many dice as possible at once to score better points, and comments have heard, “this won’t happen in a hospital!”, But if you work there you will find that there will points where ward staff will have a clear-out of patients because they have more on the way and they need the beds. You will have to heal dice because each round you will get 3 more dice and if you don’t have you have to select to ‘sleep’ in the morgue. It could be a fairly healthy D6 but most likely caught MRSA and had a sudden turn, now it is a token of death… (a token is placed in the morgue as a reminder of your incompetence).

At some point, and most of the game you will not be able to see to every patient in your wards, if you have not done something with them in a round they now take a turn for the worse, moving down a pip state. Once they go below 1 pip they are… dead… and you place a token in the morgue to represent the terminated D6 – it’s worth -2 points at the end of the game.

This is the part where you score your dice that are drinking extravagent overpriced coffee (well you need to earn money somewhere) listening to music preformed by the medical staff, in the Discharge Lounge. The more dice there are the better the point score, plus you might earn bonuses with you hired. You reset your hospital board and return nurses and specialist meeples back to their stations and return dice back the bag. Rolling more dice to refill the ambulances and start a new round, doing this for 8 rounds.

The game is fun and simple, but has a couple of minor issues. The game is a bit of a solo campaign where the only interaction is selecting the ambulances and staff you hire or building selection. You can screw over your opponents a little and you might have a few rude names directed at you. But that is it, then you and your opponents are going to be isolated in your own bubble while you try and balance the books and work out if you are going to discharge 3 or 4 patients this round. You might not get any out the door, building to a mass exodus later on. It sometimes feels like real-life work and to Claire, it is a busman’s holiday. Also, there are not a lot of deaths in the game. I know it sounds a bit morbid, but I kind of would like to see more dice on the edge and the pressure for the players to deal with that pressure or let patients die so they can focus on other dice that are on the verge of getting that free pastry with coffee deal. It is only once in a while this happens and most of the time you will comfortably deal with any situation. Leading to nearly no players losing points at the end of the game.

These are not problems for me, I like the game and I will play if Claire s to, but I need a little more from it, more player interaction and and laughing when you see others that are suffering from an epidemic of dice on death’s door.

That’s where the new expansions will come in, now on kickstarter.

It is really 3 expansions in one box and when I was at the UK Games Expo this year I had a chance to play one of the expansions a little and it was the city one. At the beginning of the game you don’t select a preloaded ambulance of dice, but you have a city played in a grid formation and there dice placed on each square. On your you place an on the outside of the grid and plan a route through the city street, picking up dice you want. This has many good factors, negations, players will automatically start to discuss who wants what and how it would be best to deal with the more urgent cases. That’s because Dice left in the city once everyone has picked stay there and in the neglect they also deplete down a pip and potentially die on the street. Then will have the death tokens added to the morgue. This selection is not a binding agreement and just because someone asked you to leave all the green dice doesn’t mean you have to…

More player interaction and backstabbing has been introduced!

There is almost a Maternity expansion, yes now you have pink dice giving birth to baby dice and you have to attend to the mother and baby and you cannot neglect them.

Last of all, there is the Investment expansion where you can improve rooms and departments to be better.

These are all very much welcome expansion add-ons, the City expansion, in my option, is a much-needed expansion and that’s why I am backing the Kickstarter, plus Claire is chomping at the bit for the extra content. Also, I might add if you do back the Kickstarter the added extras has a model helicopter and 5th player expansion which is another thing I think was missed in the original game…. The 5th player, not a helicopter. 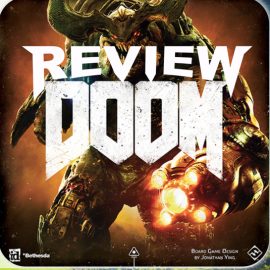