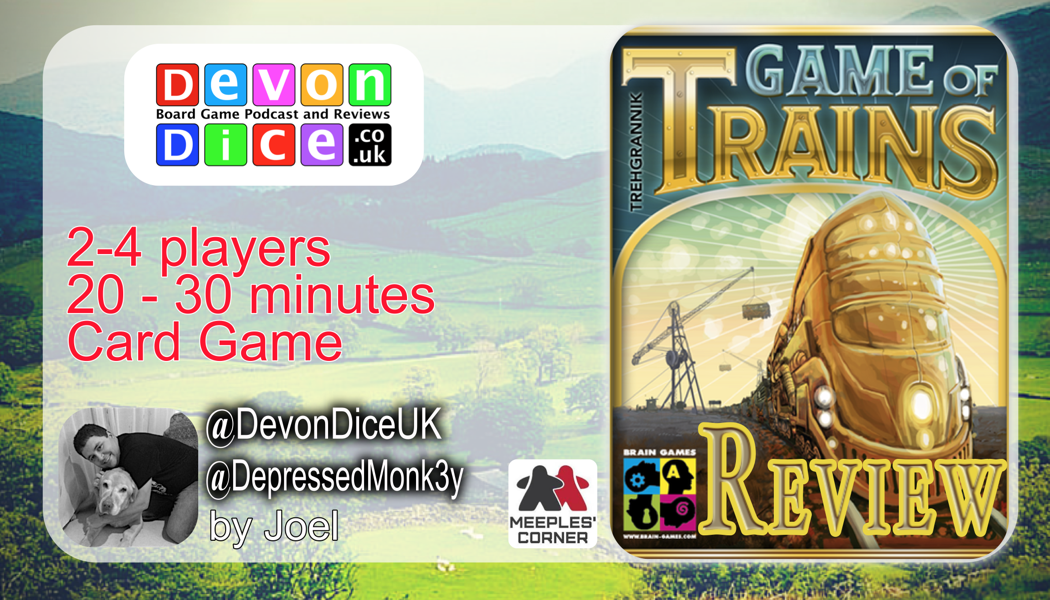 The Devon to Westeros Express is Coming

Game of Trains (GoT) is a simple filler game, which consists of 88 cards (4 engine cards and carriage cards numbered 1 – 84). Players will get an engine card, which only states where the front of their train is and are then randomly dealt 7 carriage cards, which they will arrange from highest to lowest from their engine. To win the aim is for a player to have 7 carriage cards arranged, from the engine, lowest to highest, at the end of his turn.

How do you do this? You can take one of 2 actions on your turn:

The card quality and presentation are excellent, and the artwork is great where they take the IP of Game of Thrones and discretely apply it throughout the carriages in different ways. They also have a lot of carriages carrying 80s pop culture vehicles, light aircraft and objects under tarpaulin cover, leaving me guessing each time what they are referring to. I know I will kick myself when one of my clued up geek buddies tells me and makes me feel stupid.

When I heard of GoT from other reviews it didn’t grab my attention at first and it was only when I was sent a copy from Brain Games themselves that I read through it and played it with the Thursday night boys.  I then realised it wasn’t too bad a game, it doesn’t stand out as an outright brilliant game (i.e. No Thanks! or Love Letter),  but it is nice in the way it feels like you are playing a classic card game with a twist to bolster its appeal.

Playing it feels like a nice puzzle you are trying to solve, but you also need to keep a close eye on your opponents and use the “discard” ability to screw them up and stop them from a next turn win. Or you hope, because you are relying on having luck on your side if you haven’t protected yourself and that it only hampers your opponents’ lines. It does, however, feel like someone could risk it to re-order his train by just using the draw a card action and is a main way to win for someone who needs to replace that one last card that is completely out of place.

Another thing the game gives you to think about, if you can take in that much information, is that the card you are discarding in the middle might be a huge advantage for another player. Do you discard this card to replace it with one that with synchronise well with your train, but also benefit another player for a greater advantage, knowing that they could use that card against you and undo everything you have just done?

In the end it is a filler game that doesn’t last too long (as all filler games should) and sometimes can feel like you can’t stop that one person from winning, but that is the thing with a filler game – you can just play another game or move on to a different one altogether. As a two player game it’s quick, doesn’t take up too much table and is simple to keep an eye on each other. Three players is not a problem and a good sweet spot for interacting with each other and playing time. Four players, you will need good table space and possibly will be waiting for your turn quite a bit, as people can tend to want to see everything going on. We found that it bordered on the maximum time to play and many felt it was enough and almost let someone win just to end the game. but that’s not to say we didn’t play another game afterwards.

I do like how my play area looks with the train and carriages and you could almost just tell a story about what your engine is pulling, in your head that is. Maybe somewhere out there is a variant that you have to collect the same type of carriages, but of course that will add way too much randomness and complexly to it. Forget that idea!

I am a little miffed that all the engines are the same, they could have different artwork just to give it a little bit variety.

GoT didn’t blow me away, unlike many other small games I have played. However, I did enjoy my plays and it is good enough to be added to my case of travel games I like to carry around in the back of the car. In the event of an impatient wait at a restaurant or something similar, I would consider bringing it out to pass the time. Also, I have really enjoyed playing it with Caitlin (my 10-year-old) she picked up how to play straight away and we played four games in a row with her winning one of them and wanting to play more the next day, but the timing wasn’t right. It’s a game that could be brought out with relatives who like classic card games and if they are a fan of the HBO show then that would be an added bonus. 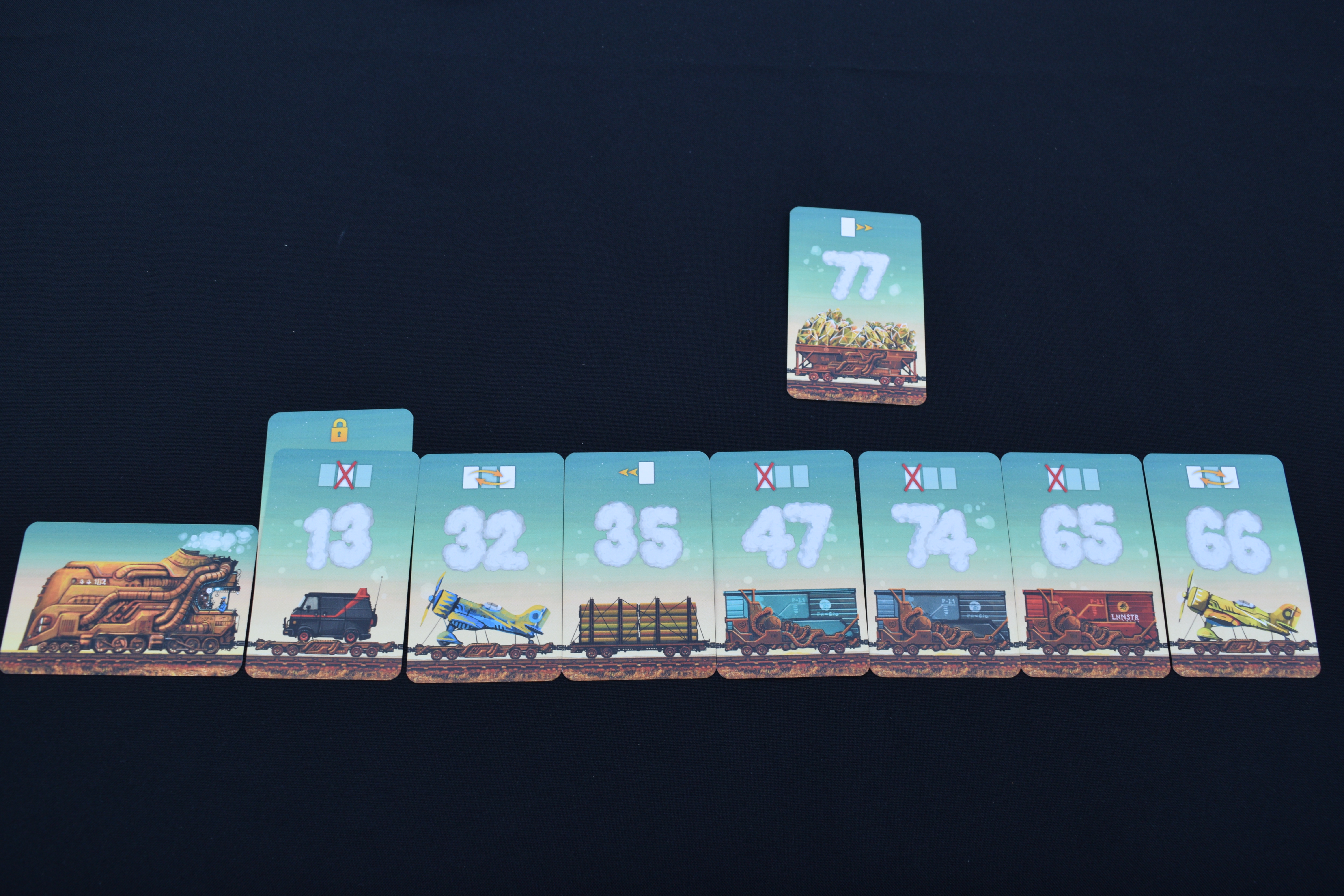 This game was provided by Brain Games