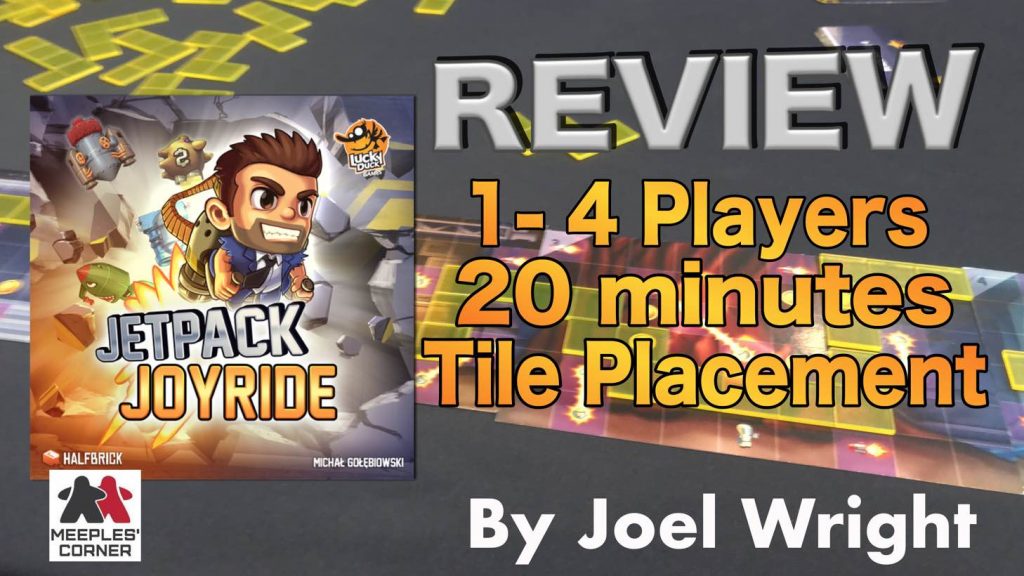 Just before the UK Games Expo hit the NEC like a Zombie Tsunami, Lucky Duck Games announced a new game they are releasing on Kickstarter in the near future, based on the famous App game Jetpack Joyride. You remember that game, it used to eat away at the spare 5 minutes you had which turned into hours of your life just disappearing! Or were you one of those peeps, taking extra long toilet breaks at work, because you told yourself “one more go and I can beat Lewis’s longest run and rub it in his face”?

When it hit the app store it was an instant hit, young or old with access to a smart device, were going wild like Vikings for it, trying their best to run as far as they could with their stolen goods, collecting coins and high-5ing scientists along the way. I loved playing it and hated every time I failed to do well at it. This was a game that steals hours away from you because your heart was telling you, “one more go!” all the while your head was telling you, “you can’t do it, just give up and go back to work.”

A few years later… who am I kidding! A lot of years later and Lucky Duck Games, who have already brought you App based board games,Vikings gone wild and Zombie Tsunami, now bring the fast-paced, action-packed, lighting quick reactions side-scroller to your tabletop. To be honest, I couldn’t see how a box of cardboard could give me the same feelings and tension as the app did, I then mentally relegated it to the pile of games “I can’t see it working, so it must be rubbish.”

Let’s get down to how the board game simulates the app; it uses mechanics of real-time action and tile laying. All players will be grabbing these polyomino yellow transparent shapes (Tetris pieces) from the center on the table and make a route through your lab, which is comprised of 4 tarot size cards that are positioned sideways in a line. Placing these tiles, starting on the left-hand card and work your way through the lab avoiding the dangerous obstacles and reach the end before the other players.

It’s such a simple mechanic to use for this IP, picking up these oddly shaped tiles and placing them one after the other to form a route through this maze of inconvenient obstacles. It is similar to Galaxy Trucker in that sense, grabbing tiles to build something and hope it works. But JJ has fewer restrictions than GT; if the tile doesn’t fit throw it back and grab another one. This adds to the intensity of the game. Beware, as you are pondering on your next Tetris tile pick, your opponents could be racing ahead. 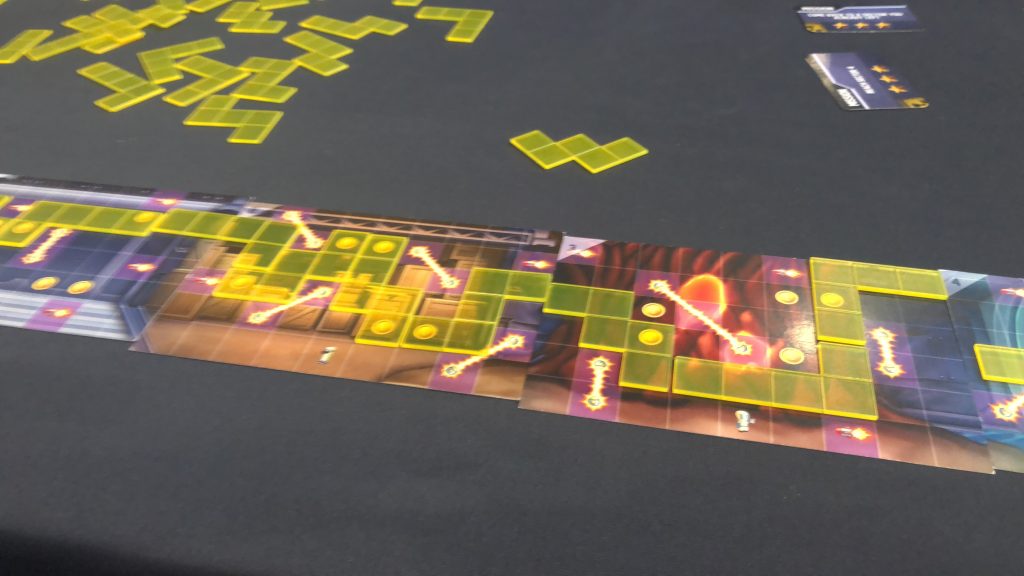 Why are the tiles transparent? Because, just like the App game, there are coins scattered all over the lab and if you lay a tile piece over them you gain the coins… and coins means points at the end of the round, so being see-through helps sort that out ASAP. Plus they look cool and futuristic!

I remember back in the day when playing the app, it would set you challenges to complete on a run or over consecutive runs that would gain extra coins and other stuff. The board game does the same thing. Every round, new goal cards are drawn and if you meet the requirements you will get extra points to add to your total. It felt like lots of these came straight out of the app: high fiving scientist, run along the ceiling, having near misses with dangerous obstacles or just reaching the 4th lab card, all felt like they were lifted from the digital version and condensed down to fit the analogue form and adding more to the frantic chaos.

Again, just like in the app, you can get upgrades after each round has been completed. Upgrade cards are drawn from a deck and players get to draft them. Whoever has the least points at the end of each round gets to pick an upgrade and these will roll over from round to round, giving you a big boost. Some of these range from having 2 tiles already placed on the board, doubling your coins or just giving you 4 points at the end of each round.

I only got to see a few of each of the goal cards and the upgrade cards so I can’t tell you if these are balanced or are still in the testing phase, but what I can get from the goal cards they needed a little more clarity on exactly what scores or not. Hopefully this will be cleared up in the final version. My only concern with the upgrades is that a few are drawn out at a time and starting with the behind player they pick one then second to last picks and so and so forth. I feel this might not hinder the lead player if the draw of cards is good and visa versa if the card is not as powerful and you are picking from a bad bunch.

Now putting these little discrepancies aside, I loved this game after completing round one, plus I would have bought it if it was for sale. I really felt like I was playing the app in many ways, it was fast-paced, intense, making on-the-fly decisions and needing lighting quick reactions to find and grab that piece you needed so badly. Adding to the chaos is the fact that you should be covering some, if not all, of the goals set before and collecting coins and completing the run before Lewis does… 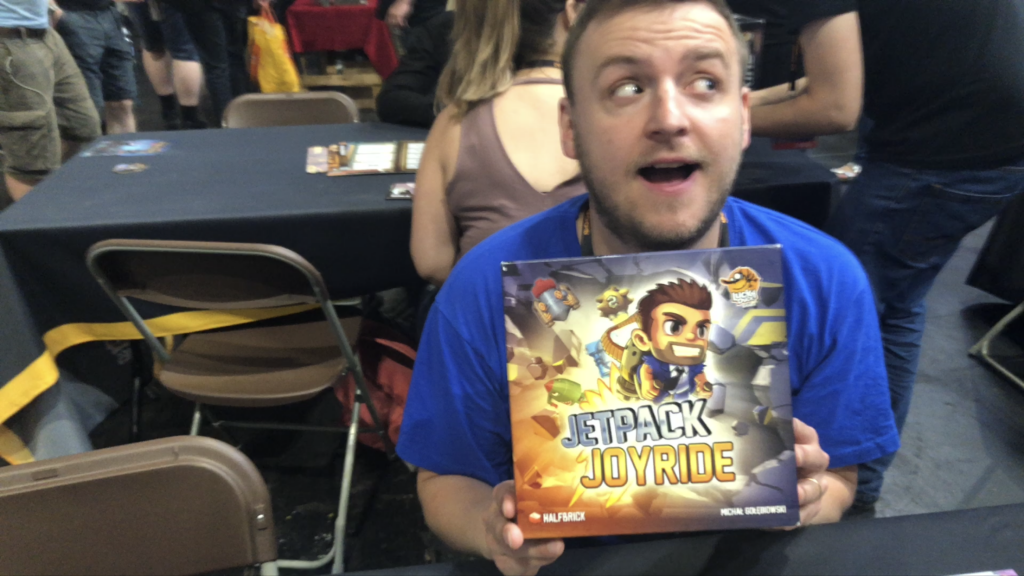 Oh, wait, Lewis has completed it again! How does he do that?

Anyway, I can’t wait to back this on Kickstarter and I will suffer even more anxiety problems while I wait for delivery. I just know my kids will love this, my wife will hate it (because the kids will always beat her) this is so simple to teach and explain to anyone I could see this being a hit across all ages and diversities of gaming background. 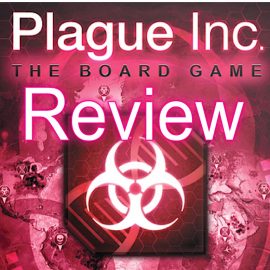