It’s a new year, a new decade and let us kick it off with the first blog post of the new year and the new month. I know it is Christmas and most of us have recieve our weight in boardgames over the festive period, but that won’t slow the production of new shiny cardboard goods to hit the shelves and Kickstarter in the next month.

A Kickstarter game to look out for:

Dark Ages from Board and Dice.

This a civilisation game based on European medieval times history and has a lot of plastic inside the box.

Dark Ages is a massive historically-based civilization-building game that features objectives commonly found in 4X games — encouraging you to explore nearby regions, expand your territory, exploit the resources, and exterminate your opponents — it does so featuring several Euro-centric mechanisms!

This has caught my eye when the latest newsletter from B&D about this game, it has everything to suck in the ones that can’t resist a box full of plastic figures. there is two types of boxes which contain different components and maps but is all based on true to life historic mapping and timeline.

You go the Boardgamegeek page to learn more about it: https://boardgamegeek.com/boardgame/295535/dark-ages

Rococo is one of those strange hits of the past, that I own. It is a game, where you are making dresses and men’s coats for guests of the King attending his Ball, also you need to decorate the palace. It is a deck builder, resource collecting and an area control game in one. This could have easily been a war game all in all, but then it would have been another war game lost in the mids of all the others that are released all the time. It’s because of the theme that it has lasted this long and now it is getting a reprint within the Eagle-Gryphon Games deluxe factory with all the belts and braces added in for good measure.

As I said, I already own the old version of the game and love it because of the unique mix of mechanics and nothing to do with the theme, honest! But the expansion (The Jewellery Box) has been out of print for a while now I have not been able to find it. However, in the new deluxe version, it is coming with all the expansions and more, also the components are being fluffed, puff and polished up to make the game more appealing and probably adding to the price tag, too.

By what I can tell, is that EGG is not going through the Kickstarter channel with Rococo Deluxe like they have in the past and you will be able to pre-order it on the 20th January, there is no information on the delivery date or price label, however, I expect it to be around 90s £ mark.

Will I get a copy, that I am still undecided, but most likely.

Why: For this Christmas, I received a copy of Menara by Zoch from my Brother and sister-in-law. It is a co-op game where you are trying to build this temple out of different coloured columns and oddly shaped floors. This aim is to reach or exceed the required floor level hight before one of the 3 end game requirements are meet. Of course, there is the chance that the temple will collapse way before that happens. The last time I was at Meeples’ Corner HQ, there was a copy of the expansion for this game on the shelves and I am hoping that when I go there next, Chris will still have it, so I pick it up.

This Expansion adds a lot more to the main game: more floors and building cards, tears of the gods, cards of fate and much more. The base is fine and all, but I can’t resist an expansion. So it has to be done.

On the Horizon January 2020
Please Share this with your friends

Terror Below Unboxing by Joel 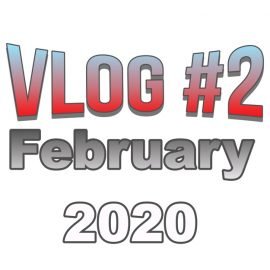 64. DDP Lots of Board Games Again: Architects of the West Kingdom, Clank In Space, Die hard