Essen has been and gone, the deadline for Brexit has been and gone, Clank! Legacy is still not on our tables, however, the world has not ended… yet!
There may not be a heap of top releases in October, as a result, but there should be a glut of great new titles available up to Christmas. Let’s see what the gang are looking forward to:

Why: I could pick any one of four or five games for October – one of which I picked last month (Dune was delayed to October due to customs and supply issues) – but as I’m the chief author of this article that means I get first dibs and even if it didn’t say so at the top of this article there’d be no prizes for guessing what it would be!

The buzz around this game is building to a mighty crescendo – Tom Vasel of the Dice Tower has claimed it’s the best legacy experience he’s had to date and that from a guy who has played every single big hitter since Risk Legacy first released!

The promise is of a Charterstone-esque experience where the board, rulebook and presumably characters will change with each successive playthrough. After the main story is completed you should have your own unique replayable version of Clank! Acquisitions Incorporated (with which you can then use the Upper Management Pack released at UKGE) to enjoy for all time! And in my case, it likely will mean that.

Word of warning – it is pricey, but given the number of times I’ve played regular Clank so far, this still represents great value for money if I get even halfway through that play count.

Word of warning – it is pricey, but given the number of times I’ve played regular Clank so far, this still represents great value for money if I get even halfway through that play count.

Why: I love the Marvel Legendary Deck Building Game from Upper Deck and I like Marvel as an I.P. When Fantasy Flight Games announced that they were bringing out a Marvel card game using their Living Card system, I was sceptical and a little concerned because I have been sucked in with Legendary and Android Netrunner (in the past) and sank a lot of money into both. MC could be another money sink and it scares me a little.

However, the reception from the critics has been overwhelmingly positive and I can’t help myself when it comes to saying no to a new game that has high praise which also carries the Marvel logo.

When I collect this on Friday from Meeples’ Corner and you don’t hear from me in a week or so, send help!

Price: £46.95 (This does seem a bit pricey, but you do get everything you need to play a full game in one box. Unlike in the past, FFG would like nothing more than for their hardcore customers to have to buy multiple core boxes and expansions  just so they could build complete decks and experience the full game.)

Why: Dicetopia was a chance purchase from Meeples Corner a few years ago. I hadn’t seen or heard of it before but it looked well made, compact and the ‘take that’ element of the game appealed to my group of friends. It mixes dice rolling with area control, set collection and worker placement, in a cyberpunk setting.

The expansion, due for release/delivery in November, increases the player limit from four to five and adds more depth.
Price: £15

On the Horizon November
Please Share this with your friends 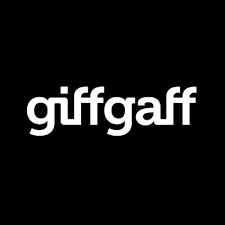