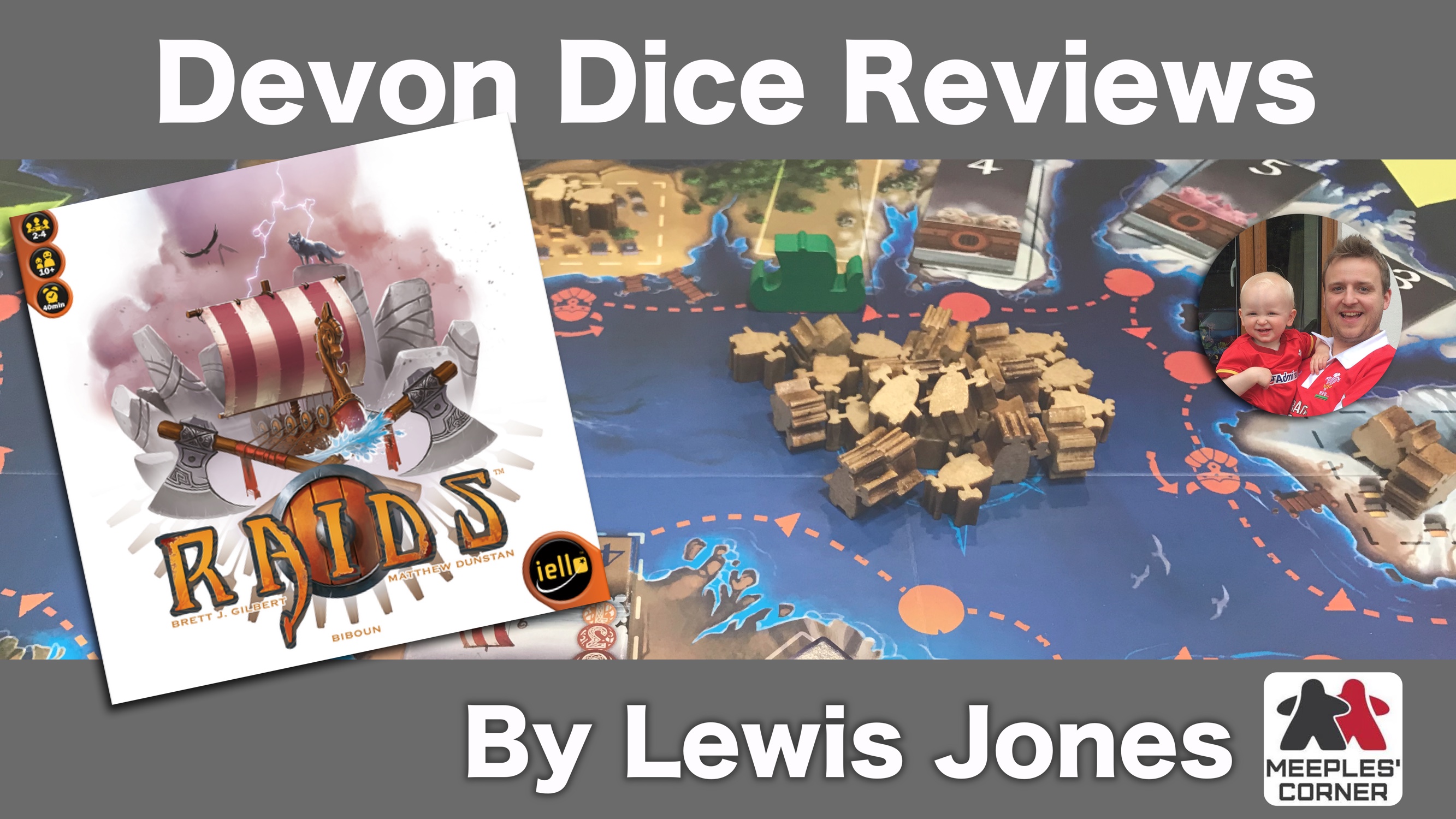 I first stumbled across Mathew Dunston, and Brett Gilbert’s Viking themed Raids at its release at the UK games expo. The first thing that you about Raids is the production value. The art, from the tiles to the board, is bright, detailed and beautiful. The playing pieces are top notch: metal coins and wooden ship and Viking meeples. Even the insert has had proper attention paid to it, ensuring everything fits perfectly in its place. It’s safe to say art and components aren’t going to put you off. 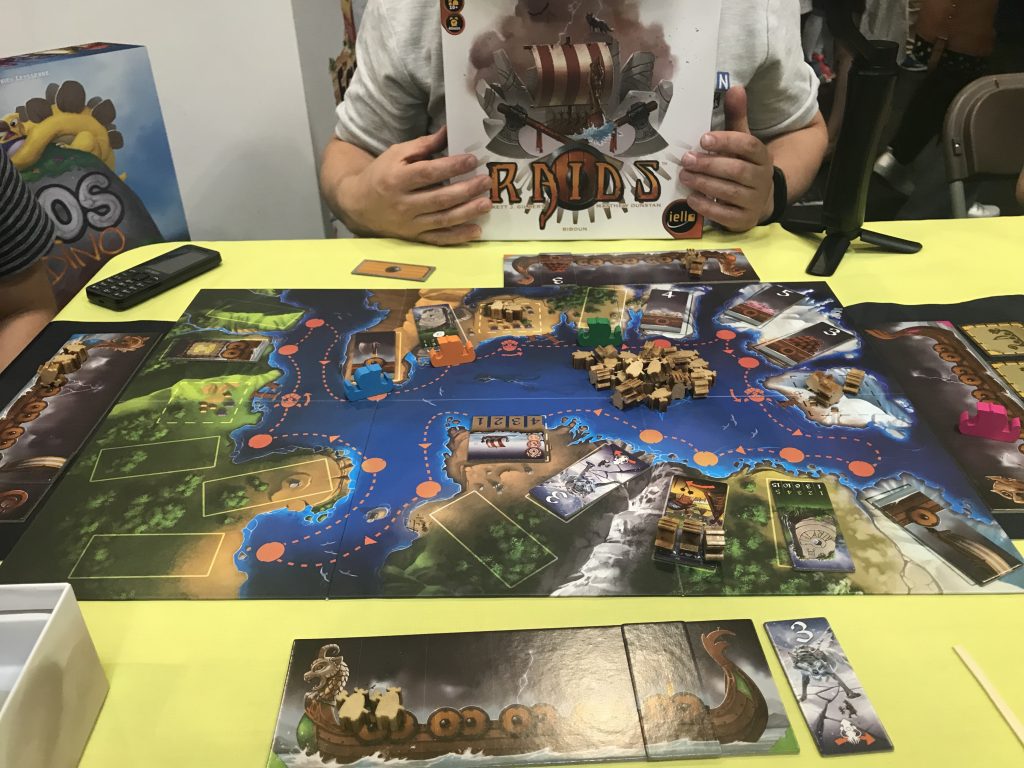 So that brings us swiftly onto the gameplay. For anyone who has played Antoine Bauser’s Tokaido the basic gameplay will be familiar. But a gentle, relaxing, jaunt across Japan, Raids is not! Each player is the captain of a fearsome Viking longboat, and the game aims to travel around the fjords: trading, collecting rare artefacts, ship upgrades and fighting giant mythical beasts to gain the most points to forge your legend.

The game plays across four rounds: each round consists of 1 lap of the board. The active player is always the player who is furthest from the end of the lap. On their turn, the active player first picks up any tile they are currently next to and adds it to their ship/hand, then moves forward to any tile provided they catch-up with at least one player. If they go too far for that particular tile, they want… they risk not having another turn for quite a while. Tiles can be a vast array of things: they may be goods that earn you decent points, a payoff if you can get a port tile to match, or rune tiles which increase in points value the more you have of them at the end. Ship upgrades which give you bonuses fighting monsters or allow you to collect more Vikings to join your ship.

This brings us on nicely to the Vikings themselves! They are the crew who have joined you in your famed voyages and are by far your most valuable resource. You spend Vikings fighting mythical monsters for points or fighting over tiles with your fellow players trying to throw axe in the spokes of their own quest for glory. There are also special tiles that you gain rewards for if you are 1st or 2nd to pass them… this may be money (points) or perhaps more Vikings for your crew, and is a welcome addition that adds to some already exciting decisions. There are also end of round points rewards for players who collected the most of certain things or even just got to the finish the fastest, these are random and change every game, adding to replayability as each round of each game different things become more or less desirable. 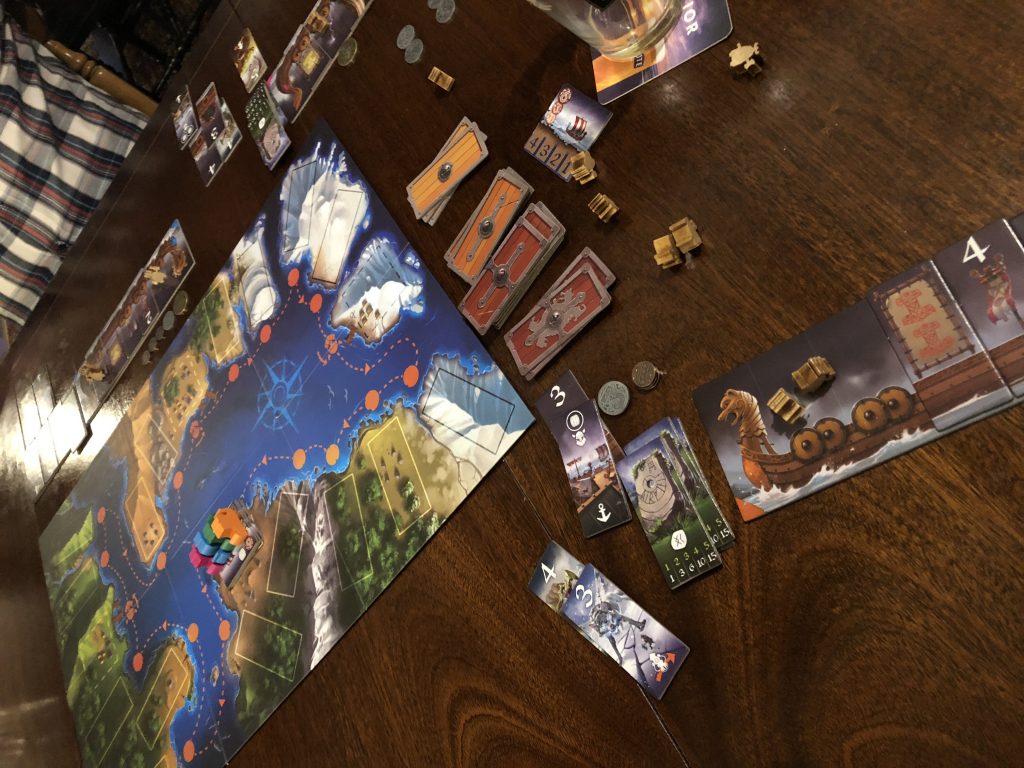 The first time I played Raids I enjoyed it but didn’t think it was great. Myself and the people I was playing with couldn’t really see the advantage of fighting other players for tiles as there was always something equally juicy just ahead and Vikings are valuable! It wasn’t until I played the second game that I truly started to appreciate the deeply clever gameplay. If a player chooses to stop on the same tile as another player they fight. The initiating player pays 1 Viking; the defending player must pay 2 Vikings if they want to stay in the fight, then back to the attacker who must pay another 3 and so on back and forward until someone gives up or can’t afford to pay the required number of Vikings. The loser must sail on… without the tile and further away from the point when it will be their turn again! The winner stays on the tile and closer to the point where it will be their next turn (if they have attacked the player closest to the back it’ll be their turn again straight away!) Once we started fighting it became clear just how powerful winning battles was, and how crucial it was always to keep enough Vikings on board to make sure you are not an easy target. Playing with lots of fighting can be mean and punishing. If players make an error and short on Vikings, they can find themselves pushed onward without tiles, which can be a less than enjoyable experience. There are ways to avoid this happening, but you need to be able to see it/work it out and does add a significant new player disadvantage. My group were to sit down now and play a game with a new player, the new player would be at a considerable disadvantage, and I’m not convinced they would enjoy themselves. 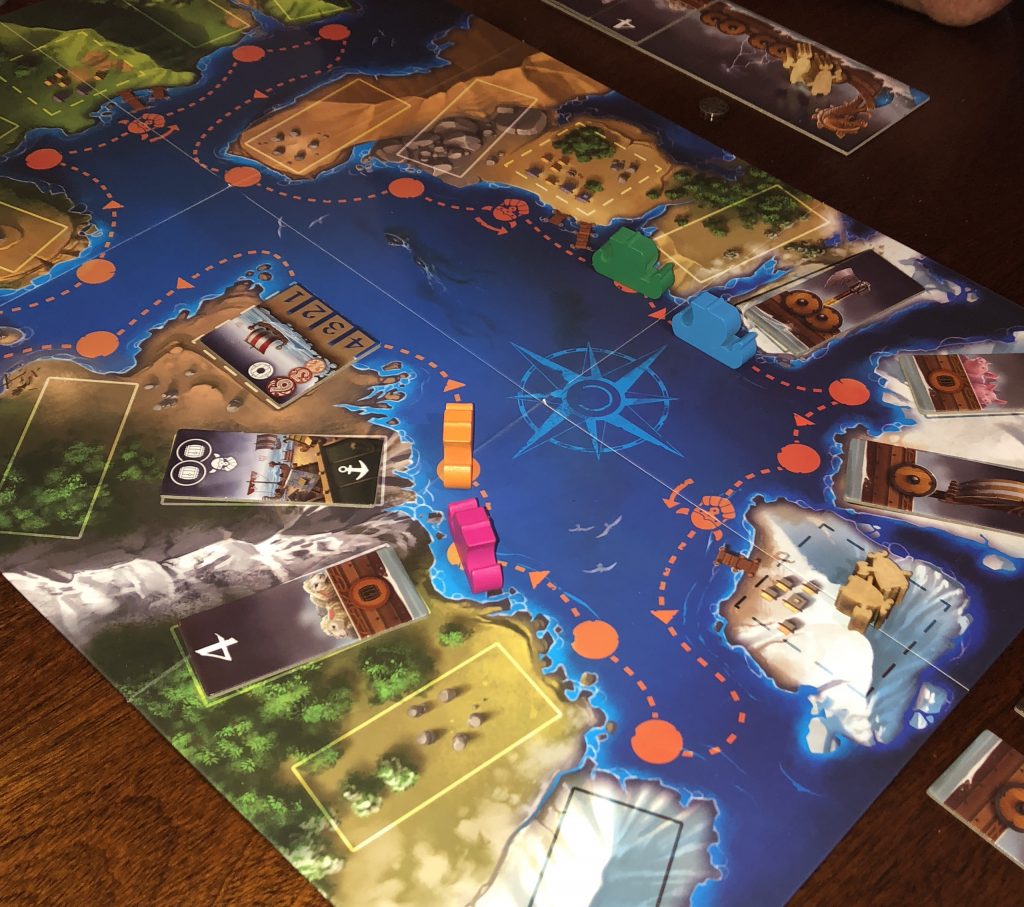 Overall I think Raids is a clever, fun and beautiful game. But if you are someone who doesn’t enjoy conflict in games, this is probably not the game for you. Equally this a game with a higher than average entry-level hidden in its bright family-friendly artwork. For the right group or family, it has enough variety and exciting, challenging decisions that it could become a firm favourite.

Photos By and Joel and Lewis

Review Copy of the Game suppiled By Coiledspring Games 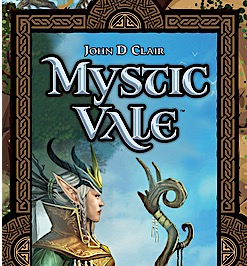 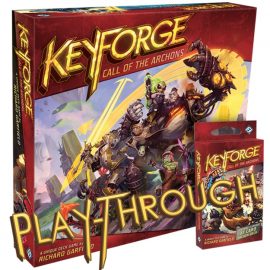