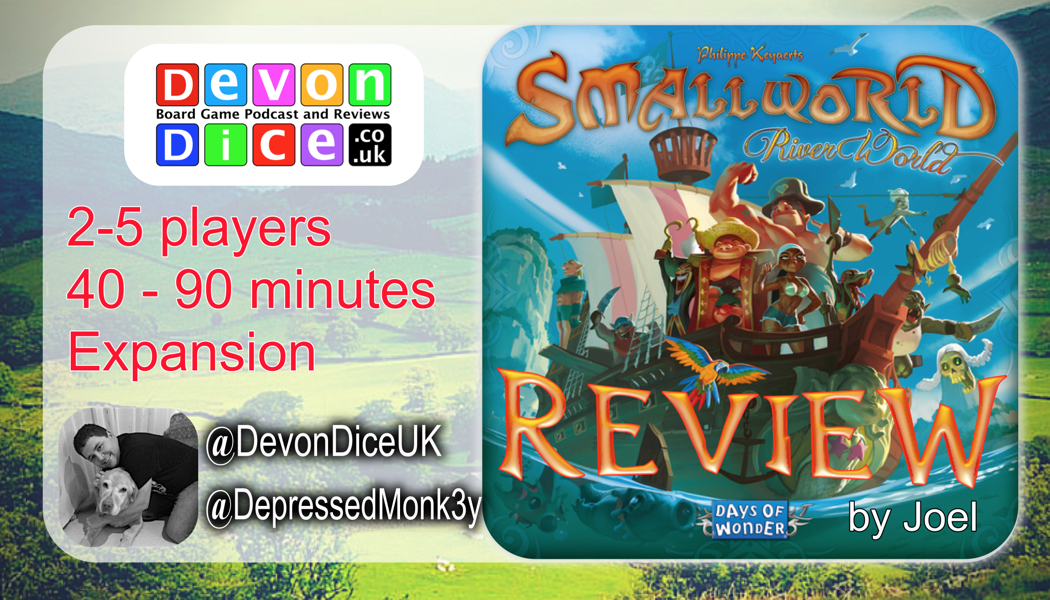 Smallworld (SW) was one of the first games I bought. I picked it up at the first UK games expo I went to. It was even in the damaged section of a well-known trading stall there, I played it that day and love it. Afterwards, I was hunting down every expansion I could find. I did get most of them, but I stopped after a while because I wasn’t playing it anymore, and thought it wasn’t worth the investment. Then a couple of years ago I picked up Small World Underground cheap and it was a hit again, but Underground was a game on its own, and I couldn’t really mix it with the original. So I have kept them separated for now.

Towards the end of last year, Days of Wonder announced a new expansion for Small World called Riverworld (RW) so I picked up from Meeples’ Corner (a review copy) straight away. This expansion has rekindled my love for this old flame. It’s a shame it takes an expansion to bring a game off the shelf, but that is how it is these days. But it is a really good way to remind you of why it is good, and why it still holds a place on your shelf.

Riverworld brings a new map to the party and has events tokens to escalate the tension. The map is mostly the same as the original SW map but now there is a river running through the lands, dividing it up into multiple sections. This adds a new element of having to cross the river to get to other parts of the map, if you need to maximise points during your turn. Crossing the river normally costs a unit race token, and the unit doesn’t stay on the river but can be relocated on redeployment. This was first used in SW Underground which just divided the map in half. But here in Riverworld, there are Events that will now affect the river.

The Events are big tokens that have two uses: first, they are used to indicate rounds in the game; you randomly lay out a number of events face down, for the number rounds there are in the game. Then flip over one at the beginning of each round. Secondly, these events affect the river, making it behave in a unique way each round. There are 4 different events: “Carm waters” are no effect – crossing the river will cost you one unit; “Stormy Seas” will cost you 3 units to cross; “Frozen Waters” are just like normal land it costs 2 units and you score river regions the same as you do with land, and last of all “Pirates” the best one. You start the game with a few pirate ships in the river and if a Pirate event is flipped over then every empty river region is filled with a pirate token. The pirates are a pain in the wooden leg because they won’t let you score any land you occupy next to them. Like owning a nice house, and then travellers move into the field next door to you and start sucking the value out of your land. However, unlike having travellers camped up on your doorstep, the pirates are not hard to get rid of but you do need to deal with them quickly because you will loss victory points you could get after your turn; to rid yourself of them, it will cost an extra unit placement on a river region.

This isn’t the first time SW has had events in its game. Tales and Legends was a small expansion, which was a deck of cards that on each round could cause you grief or joy depending on the card in play. The nice thing with this one is, you would see the upcoming event but these events can be wild and varied, which can lead to chaos most of the time. But with RW and its events, the same events are always used, you will never know in what order they are coming, but they will determine how you play your turn. If it is Stormy Seas you are not going to waste 3-4 units to cross a river section so you might hunker down until the next turn or go into decline. But if those pesky pirates show up, not only do you have to throw insults back at them, but you have to watch out for sneak attacks by your opponents. On top of that, you are wasting your turn dealing with pirates so you can get some points, but you might be helping your opponents out, so they don’t have to?

There is another feature in the game that is part of the map, there are a few regions that hold special points of interest, and if you occupy these areas you gain a benefit from them. Harbours give you more points depending on how many you hold, these are strongly fought over. The sear tower lets the owner look at the next event coming up, and the Cavalry is like a teleport where you can conquer land almost anywhere.

If I was to have one disappointment with this expansion is that I didn’t get any more races or special powers to add to the ever growing pile. Something that would have worked with the map or events like having a pirates race.

However, what Riverworld has done has made me pull this game off the shelf, dust it down and take it to every gaming night I go to. And it has made the game feel fun again, Smallworld‘s lure and gravitas is the combination of races and powers, you will always get the overpowered races and ones that don’t seem great at first glance but when someone takes a chance on them, they open up to a whole world of hurt. The expansion has helped to remind me of how great SW is; the map layout and events make you play in a different way each turn and forces you to think tactically about each move on your turn because you will never know until the moment the next event is revealed. Towards the end of the game you can work out what is coming up and plan for it. The regions with points of interest and waters that are occupied by pirates add to the tension and Choas of all the races battling over the small land to maximise their income.

These great extra elements can also add to some complex calculations of scoring at the end of your turn. On top of normal scoring and taking into account race powers, someone does have to concentrate on what does, and does not score, plus the harbours also stack up. And sometimes you don’t notice a Pirate ship leaking into a section of river which can deprive you of points or it is pointed out later on, that you shouldn’t have scored a number of points. But that’s a small nitpick!

This wouldn’t be an expansion I always want to play with, I would like to go back to SW Underground at some point as I do like some elements which are only found in it, maybe even try out SW Realms at some point. But it’s a good one to have if you want to up the anti and challenge the experienced players and push that thought process a bit more with Smallworld.

This a great expansion to add to your copy of Small World.

Remember to pick up your copy at Meeples’ Corner. 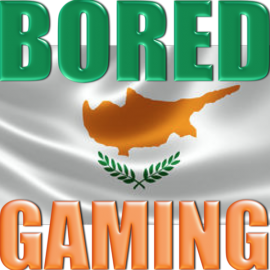 Board Gaming in Cyprus. By Joel Wright